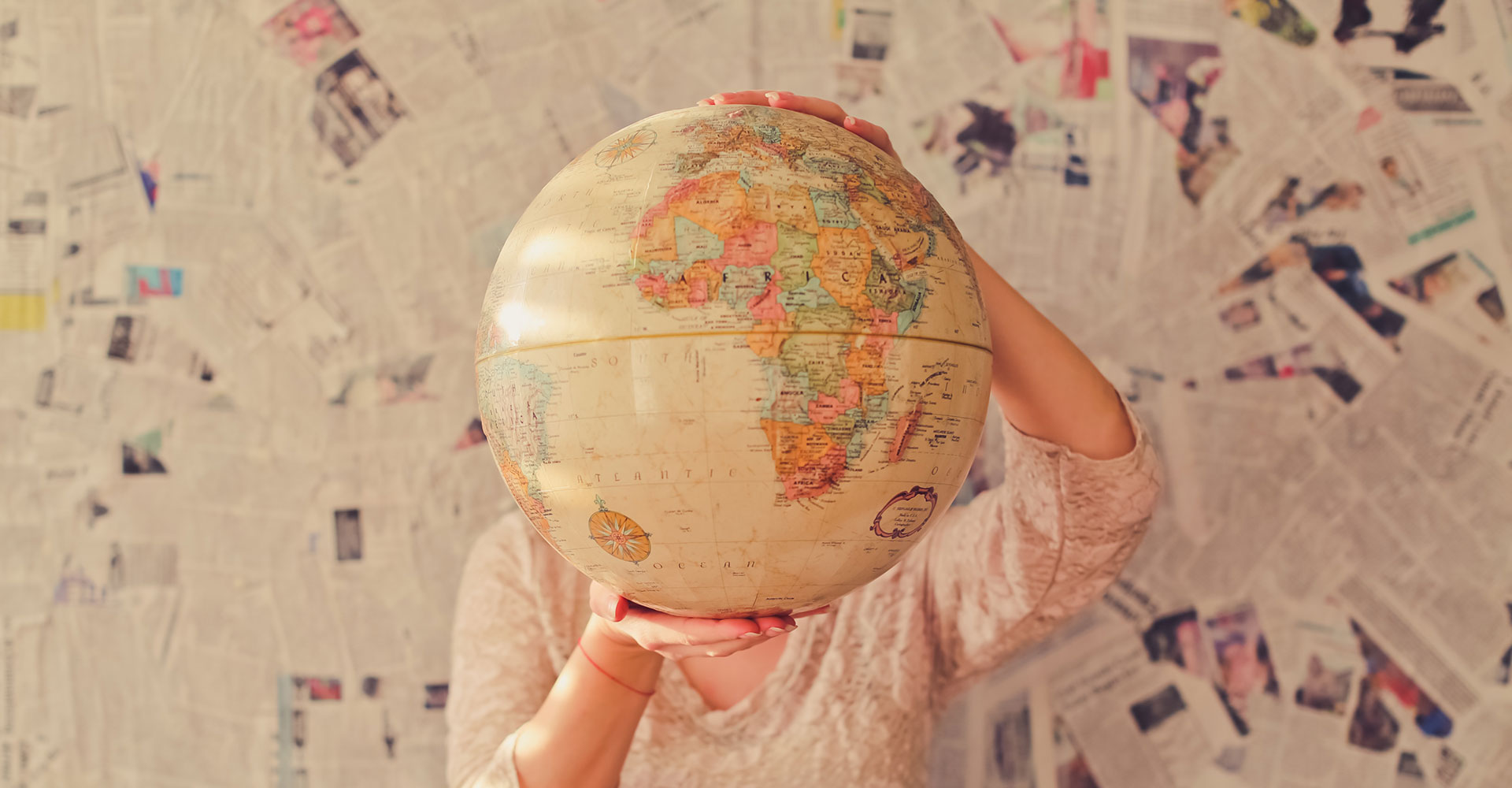 Why you might be counting in the wrong language

03 Ene Why you might be counting in the wrong language

Learning numbers in a European language has probably affected your early maths ability. It turns out there are better ways to count.

If I asked you to write down the number “ninety-two”, you wouldn’t have to think twice. By the time we’re adults, the connection between numerals and their names is almost automatic, so we barely give them a second thought. Which is why it might surprise you to hear that the English for 92 isn’t a great way to describe the number, and some languages are even worse.

Other languages do a much better job of describing digits. But it’s not just a matter of semantics – as early as 1798 scientists suggested that that the language we learn to count in could impact our numerical ability. In fact, one Western country actually overhauled its entire counting system within the last century, to make it easier to teach and do mathematics.

So what is the best way to count?

Nearly all cultures today use the same decimal, or base-10, number system, which arranges the digits 0-9 into units, tens and hundreds, and so on. The most logical counting systems use words that reflect the structure of this system and have regular, straightforward rules – but many languages use complicated and messy conventions instead.

For example, in French, 92 is quatre-vingt douze or “four twenties and twelve”. And in Danish, the word for 92 is tooghalvfems, where halvfems, meaning 90,is an abbreviation of the Old Norse word halvfemsindstyve, or “four and a half times twenty”.

The Danish for 90, halvfems, is an abbreviation of the Old Norse word halvfemsindstyve, or “four and a half times twenty” (Credit: Javier Hirschfeld/ Getty Images)

And in English, words like “twelve” or “eleven” don’t give many clues as to the structure of the number itself (these names actually come from the Old Saxon words ellevan and twelif, meaning “one left” and “two left”, after 10 has been subtracted).

Contrast this with Mandarin Chinese, where the relationship between the tens and the units is very clear. Here, 92 is written jiǔ shí èr, which translates as “nine ten two”. Japanese and Korean also use similar conventions, where larger numbers are created by compounding the names for smaller ones. Psychologists call systems like these “transparent”, where there is an obvious and consistent link between numbers and their names.

How language shapes our maths ability

There’s growing evidence that the transparency of a counting system can affect the way we process numbers. For example, children who count in East Asian languages may have a better understanding of the base-10 system.

In one study, first-grade children were asked to represent numbers like 42 using blocks of tens and units. Those from the US, France or Sweden were more likely to use 42 individual unit blocks, while those from Japan or Korea were more likely to use four blocks of ten and two single-unit blocks, which suggests that the children’s early mental representation of numbers may have been shaped by their language.

Of course, there are many other reasons why children from different countries might have different mathematical abilities, including how maths is taught and attitudes towards education. It’s normally hard to control for these factors when studying people from different cultures – but one language offers a fascinating solution.

Numbers in the modern Welsh system are very transparent. Now, 92 is naw deg dau, or “nine ten two”, much like the system used in East Asian languages. In the older, traditional system, (which is still used for dates and ages), 92 is written dau ar ddeg a phedwar ugain, or “two on ten and four twenty”. The new system was actually created by a Welsh Patagonian businessman for accounting purposes, but it was eventually introduced into Welsh schools in the 1940s.

In Wales today, about 80% of pupils are taught maths in English, but 20% are taught in modern Welsh. This provides the perfect opportunity to experiment with children who learn maths in different languages, but study the same curriculum, and who are from a similar cultural background, to see if the East Asian style counting system really is more effective than the ones we use in the West.

Six-year-old children taught in Welsh and English were tested on their ability to estimate the position of two-digit numbers on a blank number line, labelled “0” on one end and “100” on the other. Both groups performed the same on tests of general arithmetic but the Welsh children did better on the estimation task.

“We think that it’s because the Welsh medium children had a somewhat more precise representation of two-digit numbers,” says Ann Dowker, lead author on the study and experimental psychologist at the University of Oxford. “They may have had a greater understanding of the relationships between numbers, how large they are relative to other numbers.”

In other languages, the tens and units of numbers are inverted. For example, in Dutch, 94 is written vierennegentig (or “four and ninety”), and other research suggests this may make it harder to do certain mathematical processes.

For example, Dutch kindergarten children performed worse than English children on a task that required them to roughly add together two-digit numbers. This was despite the fact they were slightly older and had better working memory, because Dutch kindergarten starts later than in the UK. But on nearly every other metric, including counting ability, roughly adding and comparing quantities of dots, and simple addition of single-digit numbers, the two groups performed at the same level.

“The fact that they were the same in every other aspect, apart from the condition where two digits showed up, shows you that it’s the language that is making the difference,” says Iro Xenidou-Dervou, lead author on the study and lecturer in mathematical cognition at Loughborough University.

Xenidou-Dervou’s explanation is that when the children see a number like 38 on the task, they vocalise it internally, and then picture its position on a mental number line. In Dutch, the extra mental step of having to un-invert the number “eight and thirty” before they can assess its value creates extra cognitive strain, and this affects their performance.

It seems this effect isn’t limited to children either. To investigate this mechanism further, Iro’s group performed a version of the number line estimation task on adults, but this time subjects were fitted with eye-tracking software.

“Eye tracking shows you the underlying cognitive processing, because we can see whether they take longer to go to the line, and also check whether at any point they look at the incorrect number,” says Xenidou-Dervou.

In Dutch, the unit is spoken before the ten, meaning younger children have to invert the number to understand it (Credit: Javier Hirschfeld/ Getty Images)

Both groups had the same levels of accuracy in terms of their final eye position, but when the numbers were spoken rather than written down, the Dutch subjects were more likely to look towards the position of the inverted number first. So, if asked to look at 94, their eyes might first flick towards 49. The English subjects almost never made such movements.

The results are surprising, because it’s assumed that by the time we are adults, number names have been automated, so language doesn’t affect how we process them. But even though both groups performed the same on a test of basic maths ability, it’s possible that the less transparent system could make maths that little bit harder for the Dutch speakers.

“The effects are small, and yet this is numeracy at its most basic, just estimating a number on a line,” explains Xenidou-Dervou. “As adults, we’re doing very complicated tasks in our daily lives, and so even small difficulties caused by the number naming system could potentially be an additive hurdle to everyday mathematical skills.”

So, given that more transparent counting systems seem to make it easier for us to process numbers, what does this mean for how we teach maths to children?

“Well, I don’t think that this should be the basis for which language we teach children in,” says Dowker. “But [we should be] aware of what difficulties children may have in particular arithmetical systems.”

Xenidou-Dervou agrees. “It would be good if Dutch children received a formal instruction for two-digit numbers a bit earlier. It’s just good to be aware that this is a hurdle, and it needs a bit more effort when you have such a number naming system.”

So even though we might all be using the same numbers, the words we use may influence how we think about them. They say maths is a universal language, but perhaps that’s not true after all.

Sorry, the comment form is closed at this time.

We use our own cookies and those of third parties to improve our services and show you publicity related with your preferences by analysing your browsing habits. If you continue browsing, we consider that you accept their use. You can obtain more information or learn how to change the configuration in our Cookies Policy, included in our Legal Notice.